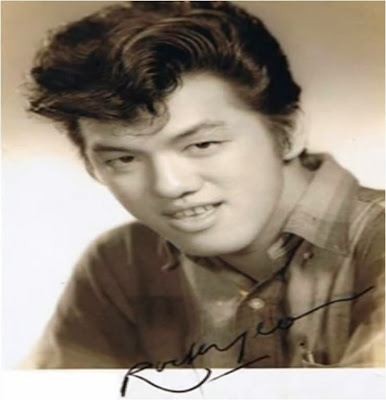 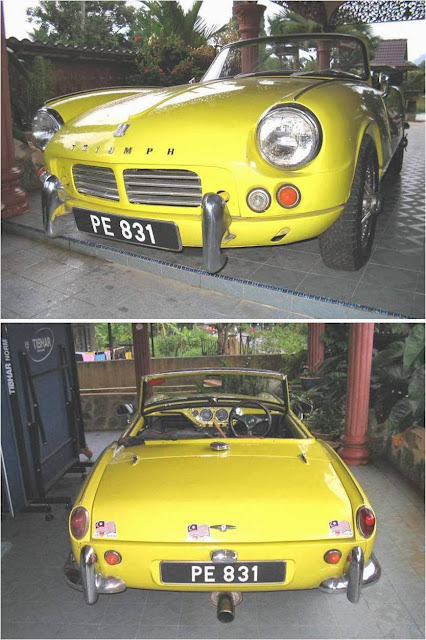 ROCKY TEOH BENG HOCK (1949-1990) better known as Malaysia's 1st and best Elvis Presley Impersonator and sound alike was born in Taiping, Perak on the 2nd of April 1946. As a boy he loved singing more than anything. He was greatly inspired by his hero, the American Super Rock n Roll Cinema king ELVIS PRESLEY.

Young Rocky won many school talentime contests and also later on won many "Elvis Champion" titles throughout Malaysia. At age 18 he was already singing and doing "live" shows in and around Taiping and Ipoh. A year later, a local Recording Company sign him up. He recorded his first 45rpm 2 tracks Single when he was 19 years old. Both songs were his personal Elvis favorites "Crying In The Chapel" b/w "There's Always Me". It sold quite well. In 1965, he released his 1st EP (Extended Play) 4 tracks Record. The title tune, JACQUELINE a self-penned composition which he dedicated to his childhood girlfriend who later became his wife. Of-course her name was Jacqueline. She was a very pretty girl, also from Taiping. The EP record went to No.1 in the local Radio Charts. Jacqueline was the biggest golden hit of his career. In 1965 someone even started a Rocky Teoh Fan Club at Jalan Huge Low, Ipoh.

Today when you mention Rocky Teoh, older folks still remember him fondly and also remember those catchy hit songs of his "Jacqueline", "Selina", "Goodbye" and "Thinking Of You."

He made a total of 9EPs and 2 LPs (Long Playing) vinyl reord albums. Rocky and his excellent band The Fabulous Falcom toured around Malaysia and Singapore from 1965 to 1967 performing in Cathay Organisation Theatres playing to packed audiences everywhere. They also toured Thailand in September 1966.

Rocky Teoh's quality power packed stage performances were a real treat to watch in the good old days. In the 60s nobody else but only Rose Chan, another Malaysian Legend can top Rocky Teoh, but that's another story.

(My name is HT LONG. I am known as the Elvis Presley of Malaysia. Rocky Teoh was my good friend. He was the first and original Elvis Presley of Malaysia. I have a CDs of his songs on CD. I myself have also recorded several "Elvis" Style CDs. My next new cd album will feature some of Rocky's hit songs. It's a Tribute to him. Songs include Jacqueline, Selena, Goodbye are amongst the other "Elvis" golden oldies. Any one interested can contact me : htlongep@tm.net.my)

Hi,
I would like to shed a bit more light on Taiping's dear departed Rocky Teoh. During his teenage years he stayed at Barrack Rd. with his parents and 2 younger siblings and we used to play together. He became famous as an Elvis Imitator and he was good!.

He had one song which he composed and sang for his wife. I think it was called 'Jacqualine My Love' (I stand corrected). The wife stood by him until the unfortunate accident in K.L. Later, they moved to stay upstairs of Tai Chien.

No, the owner of Tai Chien and Rocky's family are not related. Rocky is Hokkien and Tai Chien's owner is Hockchew.

Rocky died a few years ago in a traffic accident in Kuala Lumpur (Cheras?). During the 60s' Rocky, who was from KE, and a member of a group called The Blue Jeans Boys was somewhat notorious for being a terror to SGI boys.

The irony of all this is that, at an Old Georgians' Dinner in the Selangor Club, KL (can't remember the year) he was invited as a guest artiste. He was such a pleasant and humble guy (very much unlike the swaggering teenager with the Elvis hairstyle that I remember). Still slim and `Elvis -like' in his forties,he delighted the gathering with several old Elvis' numbers. He even came over to our table to exchange pleasantries.The next morning, I was shocked to read in the papers that he had died in an `accident', and if I remember correctly, the papers mentioned that the circumstances of the accident were rather odd or mysterious. I wonder if others in this forum can throw more light on this. 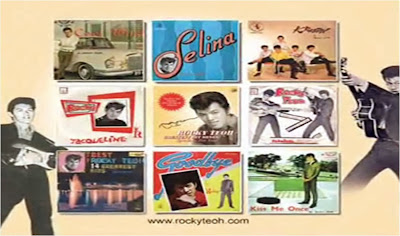 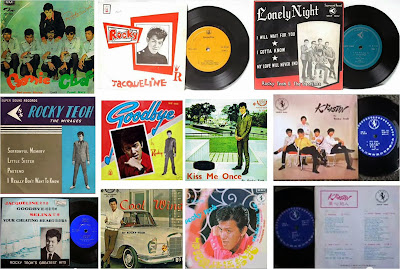 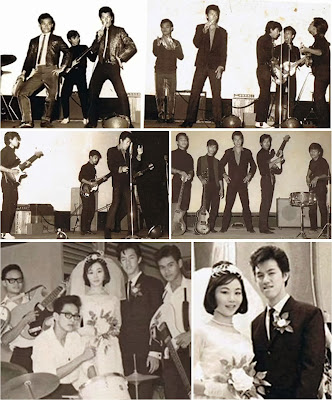 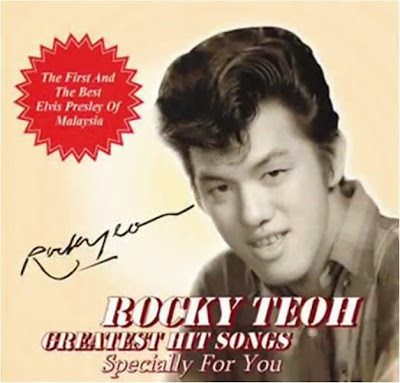 Posted by lukmanw@gmail.com at 3:23 PM 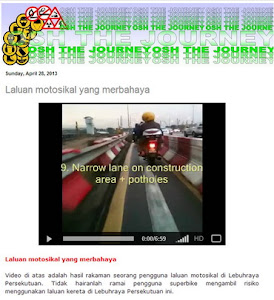 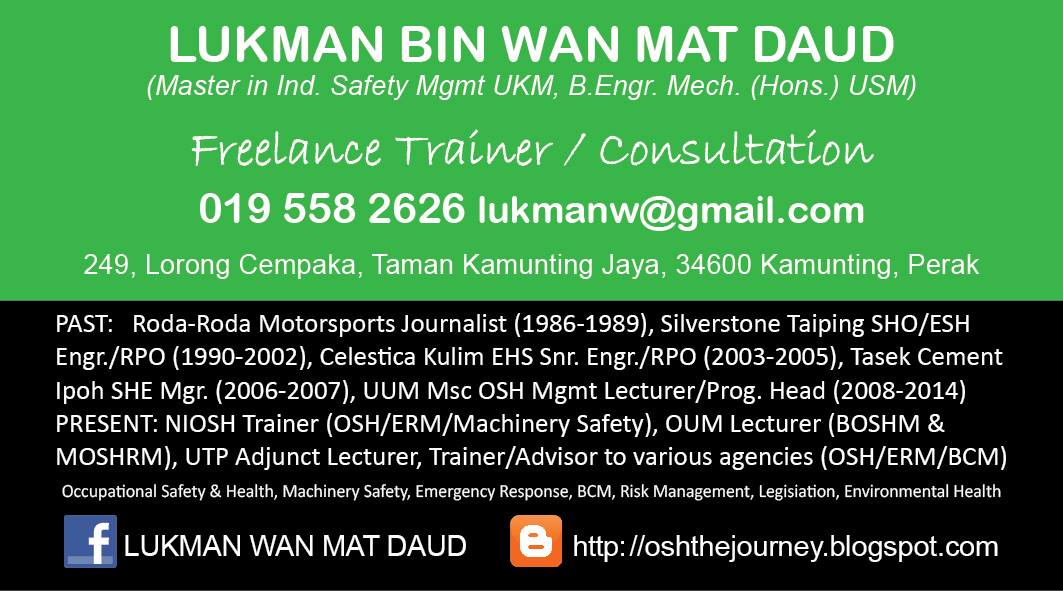 Pay back to society 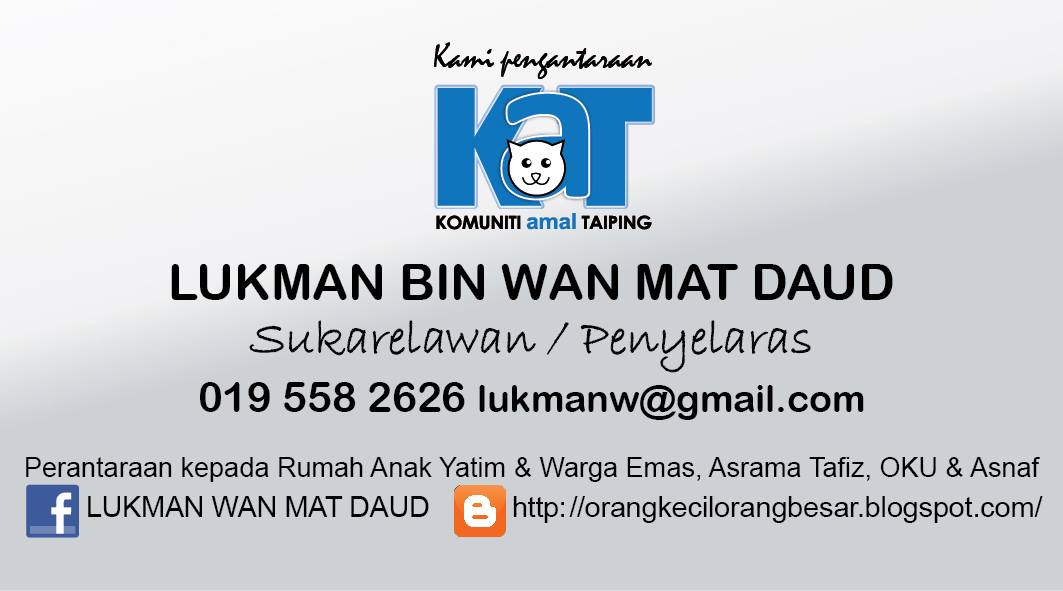